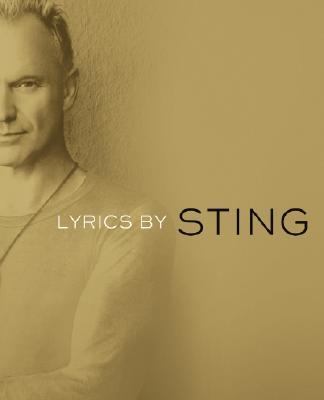 Publishing my lyrics separately from their musical accompaniment is something that I've studiously avoided until now. The two, lyrics and music, have always been mutually dependent, in much the same way as a mannequin and a set of clothes are dependent on each other; separate them, and what remains is a naked dummy and a pile of cloth. Nevertheless, the exercise has been an interesting one, seeing, perhaps for the first time, how successfully the lyrics survive on their own and inviting the question as to whether song lyrics are in fact poetry or something else entirely. And while I've never seriously described myself as a poet, the book in your hands, devoid as it is of any musical notation, looks suspiciously like a book of poems. So it seems I am entering, with some trepidation, the unadorned realm of the poet. I have set out my compositions in the sequence they were written and provided a little background when I thought it might be illuminating. My wares have neither been sorted nor dressed in clothes that do not belong to them; indeed, they have been shorn of the very garments that gave them their shape in the first place. No doubt some of them will perish in the cold cruelty of this new environment, and yet others may prove more resilient and become perhaps more beautiful in their naked state. I can't predict the outcome, but I have taken this risk knowingly and, while no one in their right mind should ever attempt to set "The Waste Land" to music, in the hopeful words of T. S. Eliot, "These fragments I have shored against my ruins." Sting OUTLANDOS D'AMOUR (1978) Next to You So Lonely Roxanne Hole in My Life Peanuts Can't Stand Losing You Truth Hits Everybody Born in the '50s * Visions of the Night Our first album as the Police was recorded piecemeal in a rundown studio above a dairy in Leatherhead. We had been together as a band for roughly a year by then. Some of the songs had been written for my previous band, Last Exit, and adapted for the new one. Others had been composed while touring, and some were created during rehearsals or while recording. We weren't signed to a record company yet, and none of us had any money, so we used some secondhand tapes that we found in our manager's garage and recorded very late at night, for an even cheaper studio rate: moonlighting only after another band had left. We'd work until the coffee ran out and we were bleary-eyed and delirious with exhaustion and the absurdity of our arguments. I'd drive back to London in my battered old Citroen in a kind of euphoria, with these tunes thundering in my head, yelling improvised lyrics at the top of my voice to the empty road and the stars twinkling sceptically above the rooftops. I'd get back to my flat in Bayswater just as the sun was coming up through the trees in Hyde Park, thinking that these were some of the best days and weeks of my life. I'd try to scribble down whatever I'd been declaiming in the car and then go to sleep for the rest of the morning. The afternoon would be spent trying to make sense of these fragments and working on them until early evening so that I would have something presentable that night. I was happy because I'd dreamed about this, this making of an album, for as long as I'd owned a guitar, strummed my first chord, and rhymed my first couplet. It was almost too much to absorb. There's no grand concept at work in this album, just a loose collection of dreams, fragments and fantasies, low doggerel and high dudgeon, sense and nonsense, anger and romance, all welded together by the bluff and bluster of a new band. We were insane in our optimism, and we were never happier. Next to You I can't stand it for another day When you live so many miles away Nothing here is gonna make meSting is the author of 'Lyrics', published 2007 under ISBN 9780385339872 and ISBN 0385339879.

With our dedicated customer support team, you can rest easy knowing that we're doing everything we can to save you time, money, and stress.